Westendorf remains a very popular and unspoilt destination on the Brixental valley suntrap.

Westendorf has wide gentle meadows next to the village which, although low level, have good snow records and the protection of snow cannons. There's plenty of space to be able to learn in peace and for more advanced skiers ending their descents from the top of the mountain to be able to give classes a wide berth. The proximity of the nursery slopes to many of the resort's cafes and accommodations also mean it's easy to go back to your lodging during the lunch hour or have a choice of eateries in which to regain your strength. There are further gentle ski areas at the top of the mountain to progress on to or to take first lessons if village level snow is inadequate.

Intermediate skiers are likely to head up the mountain by taking the beginner's quad chair from the edge of the village and then skiing across to the base of the two-stage Alpenrose gondola (or getting the free ski bus there). This ascends to the top of the mountain where the choice of more than a dozen blues and reds really opens up. These descend the wooded slopes of the Choralpe, Fleiding and Gampenkogel mountains.

There's a single black locally down from the Alpenrose Hutte, but plenty more on the full pass, although of course guides can take you off piste for more opportunities.

The resort is part of the SkiWelt pass and, in 2008-9 when a new gondola lift, plus a drag lift, conveyor lift and a bridge over the main road, finally made the connection. The SkiWelt is Austria's largest lift-linked ski area with the most snow making. The new gondola runs from the Choralpe mountain and reated a new run with an impressive vertical of more than a thousand metres.

In 2005-6 the resort was lift linked to Kirchberg on the neighbouring Kitzbühel pass with the three kilometre long Ki-West eight passenger gondola creating a nearly-linked area of some 425km, one of the world's largest.

Cross country skiing is particularly popular in the resort with several loops of varying levels of difficulty, including a floodlit course by the village.
Snowboarding in Westendorf

The Ski Welt has a 'boarder-friendly attitude as well as some useful terrain. There are terrain parks in Ellmau (complete with kicker, rails for sliding and a ground loop), Westendorf and Soll.

Westendorf's size and large proportion of British clientele combine to make it arguably one of the two liveliest resorts on the SkiWelt, along side Söll. There are around three dozen different après ski venues in the village with the main concentration in the centre, right next to the bottom of the nursery slopes and the main return area for all the ski runs.
The action starts as soon as the lifts close, then right on through the night. Music and dancing are normally non stop at Gerry's Inn, Bruchstall, the Wunderbar, the Kegelbahn (bowling alley), Village Pub, Kibo, Friends Cafe, the Moskito Bar, Karat Bar-Pub-Lounge, the Ins Moment bar at the Jakobwirt, which remains open until 1am.
Tyrolean theme evenings are offered weekly in the village hall. Then there are bowling nights and sleigh rides to fondue parties at restaurants in the woods.

Lively bars, regular live music and disco's in this charming little resort, all in all pretty good nightlife. 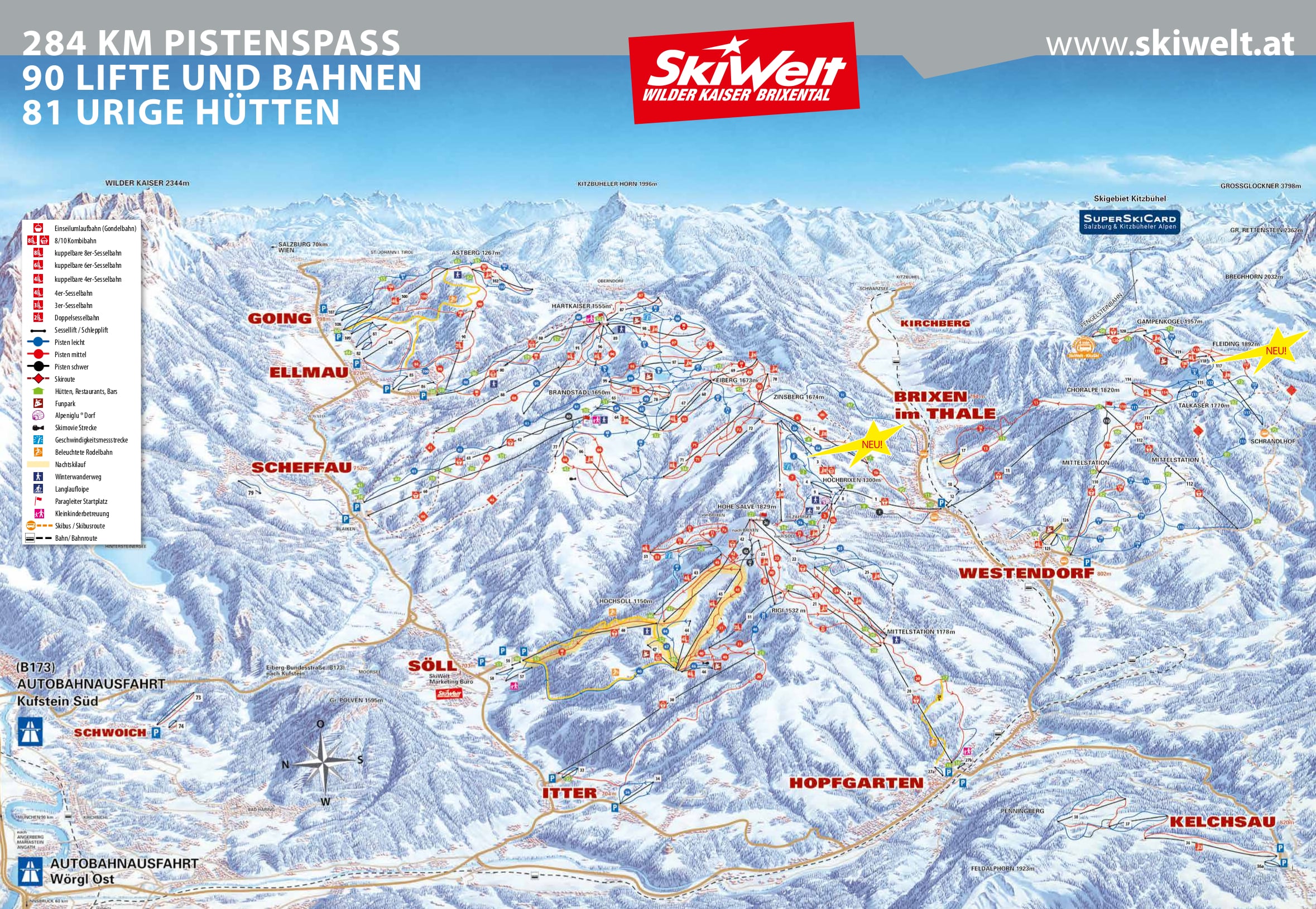 Tweet
Published in Austria
More in this category: « St Johann Zell am See »
You are here:
Home
>
Resorts
>
Austria
>
Schladming